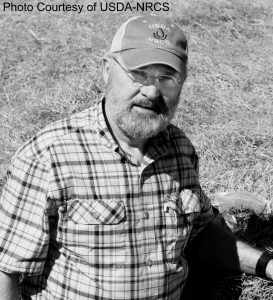 My earliest years were spent on a cotton farm around Lubbock, Texas.  When I was young the family moved to southwestern Arkansas, where we raised hogs, cattle, and chickens.  It was a great place to grow up.  Whether we were hunting or riding dirt bikes, hauling hay or working cattle, my friends and I always had fun.  After high school I worked as a welder at a local manufacturing plant, then in a sheet metal shop.  It was hard work, but I learned a lot.  Then I went back to the family farm while dad drove a truck coast to coast a few years.

Next, lured by high cotton prices, the family moved back to a farm north of Lubbock and raised cotton and sorghum.  There I married and started a family.  Those early years on the farm were good.  Unfortunately, a combination of low prices, dry years, and dwindling irrigation, meant the later years were lean.  After ten years we left the farm and I sold residential real estate in Lubbock for a couple years.  The old analogy, “from the frying pan into the fire” comes to mind.  Interest rates were around 20% at the time, and we almost starved.

As a last resort, I entered Texas Tech University.  Being a third-generation farmer and experienced in both crops and livestock, I thought I understood agriculture.  Regardless, after experiencing some tough times on the farm, we wanted more security for our young family.  My wife encouraged me to study something I enjoyed, and she said the opportunities would come.  She was right again.

Physical geography and geomorphology were the subjects that interested me the most.  A young geography professor studying eolian processes introduced me to a soils professor he was collaborating with.  After finishing a bachelor’s degree, I started graduate school to study soils under Dr. B.L. Allen.  I discovered a whole new world I never knew existed.  What I had always taken for granted and thought was just dirt, became fascinating.  I learned what it really was, how it was formed, and that it was alive!

After graduation I went to work for the USDA Natural Resources Conservation Service in a Soil Survey field office.  It was the most fun I’d ever had at a paying job!  I met knowledgeable, experienced people who shared my interests.  From some I learned what to do, from others I learned what not to do, but I learned something from everyone I worked with.  The more I traveled and saw, the more I wanted to see.  My field work took me to amazing places and from deserts to swamps.

My time working in the field is where I really learned the science of soils.  What I learned in college gave me a foundation, but true understanding came from seeing those things out in the world.  It was sometimes challenging as we learned to use new tools that were being adopted.  We moved from using old stereoscopes and drawing on paper maps to digitizing lines on a computer screen.  Now, digital soil mapping software, lidar imagery, and a multitude of data sources have completely transformed the job.  And whoever thought anyone would be mapping subaqueous soils?  Thankfully, some things haven’t changed.  Shovels and hand augers still work the same as always.

For the last 15 years I’ve worked as a Resource Soil Scientist in a zone office covering one-fifth of the state.  The Texas Panhandle, Southern High Plains and parts of the Rolling Plains are my work area.  In that time, I’ve worked with farmers, ranchers, public and private industries, researchers, and in public schools.  I believe I have the best job in the world.  There are always new challenges that keep it interesting.  A good friend expressed it this way; with NRCS, soil survey is involved in “production” and resource soil scientists are involved in “sales”.  I’ve had the privilege of working in both areas.

One of the most enjoyable aspects of my job is working with the other discipline specialists.  Our staff consists of an agronomist, wildlife biologist, rangeland specialist, and engineers.  There is no doubt I’ve learned more from them than they ever learned from me.  Whatever the issue, working as a team brings different strengths and experience to find practical solutions.  They have expanded my view and helped me see a more complete picture of the world and better understand how all things in nature are truly connected.

Through the years I’ve crossed paths with many impressive people, but there are two who influenced me most in school and my early career.  Professor B.L. Allen introduced me to the world of soil science.  He was my teacher and mentor in college and a colleague afterward.  Dr. Allen had been working on the Southern High Plains for many years when I began mapping soils.  His friendship was valued, and his experience and insight were invaluable in my learning about soils in general and particularly this part of the state.

At NRCS, Mike Risinger was my first Soil Correlator, now called Soil Data Quality Specialists.  He encouraged me as a field mapper and project leader.  We worked together on mapping details, field reviews, and samplings.  Mike was a very practical person and a joy to be around.  He taught me to trust my instincts and how to methodically approach a project, and how important it is to document everything.  Oh, and don’t take yourself too seriously.

I was incredibly blessed to discover soil science all those years ago.  There can’t be another field that crosses so many boundaries and, directly or indirectly, affects everyone of us.  If you live in this world you are connected to the soil.  We build our houses on it, we grow our food, feed, and fiber in it, and some day we return to it.  Soil truly is the foundation of life.  My only regret is that I didn’t find it sooner.

The Professional Soil Scientists Association of Texas is a 501(c)(6) organization which promotes the profession of Soil Science.